Calling the folks up weekly. My goodness, what a tedious thing to do. Once the usual greetings have gone by, it is time for an awkward exchange of status,

Wait! Isn't that the same question posited to me last week.. and the week before that? Well, the answer is the bloody same. The worst thing people of any age can do is sit at home all day long and watch soap operas. I envy those few friends of mine whose parents lead a full life. Now those folks have their own thing going with a steady, even if unremarkable, circle of friends and acquaintances, one or two of who are sure to breathe their last in the next 12 months. But, more importantly, these folks have engaged themselves in lifelong pursuits of interesting things outside of familial commitments. They have long cultivated a mindset of doing and staying engaged.

One parent picked up painting after she retired from being a school teacher for 30 years and now teaches painting. Another picked up rifle marksmanship after being a Software Engineer at IBM for 32 years and now he is winning regional-level competitions. These folks may not bungee jump or sky-dive but they sure do play golf, ski and simply travel. You don't need to get a degree or a permit from city hall to do those things. These folks rarely have a need to call their kids other than to check up on their Thanksgiving or Fourth of July travel plans. They also don't haunt their kids on Facebook or Whatsapp. 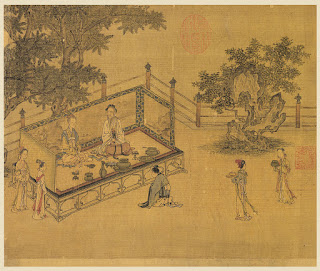 So what's the answer? I am taking a course at UMASS Boston called Women of Modern China. In the course, I have learnt about how Chinese school teachers instill in their students rules of living.. one of them is referred to as filial piety. It's a fancy term for allowing your elderly folks to live with you and taking care of them in their old age. I see it as the Chinese government's way of washing their hands of the matter of taking care of an aging population and essentially offloading the problem onto their kids. This is not a new "concept". The ancient Greeks considered it a duty for a person to take care of their aging parents. But, in today's world, these are ultimately defeatist methods. With so many activities to do, places to visit and things to accomplish, people want to spend their time exploring, doing and mastering things instead of being tied down to a monotonous existence. How many new parents today get this?

I do think that enlightened children should take some time to educate their parents on these things. But from personal experience, I know that simply advising parents to do this or that won't be enough. They are just too set in their ways and inertia would have rendered them resistant to change. So.. they would first need to be led around by hand to witness new experiences as this is something they will gladly do. After all, it is another opportunity to spend time with their "kids", right? The real idea is to instill in them the belief that it takes very little in terms of both cost and effort to be able to experience new things on their own. The other thing that people should do is put their parents through a fitness regimen at the earliest. I worked with mine in the basement of their home and taught them to lift weights through weekly visits. But the moment I stopped doing that, they stopped as well. My inspiration to work with them was to get them familiar with an activity that will allow them to become fitter and stronger. If they were independent, healthy and mobile in their old age then that's a bonus for everyone. That was my thinking. After one more attempt at getting them fit, which lasted another several weeks, I gave up. To their credit, they now maintain a semblance of fitness in their lifestyle. It is nowhere near what they should be doing but it is better than nothing. More importantly, it has given me a clear conscience because I have assisted them in a few productive ways.

Once children become adults, parents should step aside. It should be like humans' relationship to diary. You grow up using a lot of diary in the form of cereal breakfasts and, of course, just a plain glass of milk. Then, once beyond college, you switch to adult beverages like beer and adult foods like steak and eggs. Once in a while you can indulge in a little cheese but you largely move on to foods that reflect your status as an adult. This is how relationships with parents should be. You get together for a couple of festivals or somebody's wedding or funeral and spend a few days together well. Then you get back to your separate worlds. Need to take the folks for an important appointment with a doctor? I don't mind doing that because I do not want them feeling destitute and this sort of thing keeps me grounded. And there's going to be a lot of such get-togethers, for better or worse, because you are going to know your children for a lifetime. In the meanwhile, what's the need for these regular phone calls? Oh, they make the folks happy. Well, why are they miserable in the first place?
Posted by Hoarse Whisperer at 10:30 AM No comments: