Hmmm. This movie is akin to inserting a pretty lil white mouse in a sea of snakes. The latter, of course, refers to the recent spate of Indian movies in which showing an unnecessary amount of skin and spewing double-entendre dialogues seem to be the norm. I am not against glamour in movies when used judiciously. Heck, I frequent Revere beach in my Speedos...with a swagger

. But I digress. Anyway, for the most part, I turn to Indian movies to enjoy pieces like Vivah and, say, Mahanadhi. 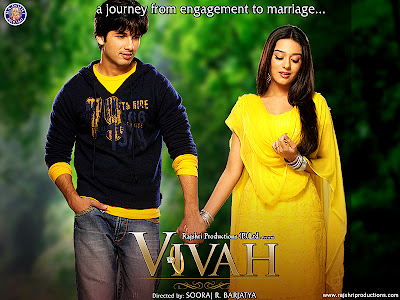 I have seen Shahid Kapoor in another movie and was not impressed by his performance. But this movie's script allows him to "grow" up. Amrita Rao, naturally, plays the leading lady with the appropriate "docile-ness" required in a movie like this. The lead pair is likeable (once again, I suspect primarily because of the script).

Vivah has a simple story woven with some equally simple characters...or maybe I should say, simple souls. The story seems fresh, of course, in that it spends a lot of time on that juncture between (arranged) engagement and marriage. For me the appeal of the movie was the talkfest between the lead pair. At times (but only at times), I was reminded of the Ethan Hawke-Julie Delpy characterization in Before Sunrise and Before Sunset.

I liked Seema Biswas' character (she plays the jealous stepmother of Amrita) and both she and the girl who played her daughter could have been given a little more screen time. I didn't expect that twist toward the end but what followed was so sweet I gagged at times. So the movie does drag at times but there are a few wonderful scenes (like the one where Shahid and Amrita talk softly in the moonlight) that lingered in my mind well after the movie ended. The songs and music are softer than the aforementioned moonlight. This is a feel good movie and should hold immense appeal to most non-resident Indians (but especially the ones that need to go out and get a life).
Posted by Hoarse Whisperer at 5:23 PM No comments:

Anatomy of a Scene 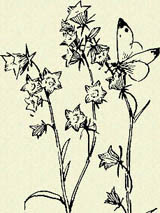 Posted by Hoarse Whisperer at 10:22 AM No comments: