Up in the clouds

This was a particularly great Sunday in late August in 2012. I had scheduled a flight lesson at 8 AM. My first one after becoming an American citizen. I was up by 6. No alcohol the previous night. I felt fantastic. An hour and 15 minutes later, I was humming down 93. Cape traffic had not yet started backing up on route 3. The drive down to Marshfield was steady and brisk.

A nice, sunny morning. A few clouds here and there. Perfect. 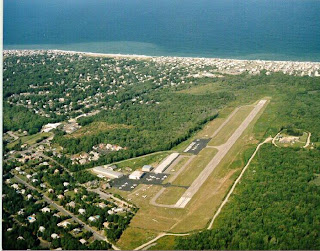 Once I arrive and park at the airport, I tend to sit in my car for a few minutes pretending to be in an aircraft taking off, landing, etc. It helps reset my mind somewhat before I walk into the terminal building and start my wisecracking.

Ok, I am just kidding. They really like me down there.

On the tarmac, as I pre-flighted, I observed a light, steady crosswind. The top of the trees that covered the airport's perimeter were swaying imperceptibly. Nice. There were a few birds hopping about on the grass between the taxiway and runway. As long as the buggers didn't get in my way...

Several other small aircraft took off. Lazy like. It was a day for flying and everyone wanted to be up there with ole blue. A body could already start to feel the day's heat creep up on him.

Before I turned the engine on, I had to warn anyone near the aircraft through a tiny window set in the window on my side by shouting....

My god. What an accent. Pervert.

The takeoff was smooth. As soon as I lined up on the center line,  I opened up the throttle and the Piper responded instantly. Not bad for a 30 year old bird. At 40 knots, I pulled the stick back slightly and held it. At a tad over 60 knots, the aircraft rotated and started a gentle climb. I applied a touch of right rudder. Mmm. Very professional.

We were flying back to home base from Norwood. Norwood had been my first flight to a towered airport. Very insthructhive, Misther Bhondh.

To port, a few miles away at 2000 feet below, Marshfield airport peeped between the clouds. The glare from man made objects and moving vehicle traffic in the town center right below us hurt my eyes a bit.

Big, billowing clouds. They were moving steadily to the north-west. We were heading south-east. I loved it.

It was a strange experience being in the clouds. I had flown through clouds before but not while I was in the driver's seat. We would be in one cloud and I would start looking at my instruments. There was nothing else to look at. I would flex my quads and see them ripple through my jeans. Interesting. Then we will be out of the cloud. I would then look outside to check where I was in relation to the airport. Then we would be in another cloud.

I made a descending turn to port to start the descent toward the airport's traffic pattern. There were two other aircraft near Marshfield. And the radio snapped, crackled and popped non-stop. It was a busy day. A fascinating day.

The landing was right on the numbers. As I tethered the aircraft, my instructor took off to the terminal building...gangnam style (he had been nursing one of those American sized iced coffees before the flight). I stood for a while observing the scene around me. Very nice. I made a mental note to book two classes back to back for my next lesson.

As always, I stopped at a Starbucks in Marshfield on my drive back to Boston. As the beaming, perfectly toothed smile glared at me from behind the counter, I briefly panicked. I wasn't sure if I had enough on my prepaid Starbucks card. Screw the grande mocha. I will get something real cheap.

"There you go. Would you like to know the balance on your card, sir?"

You could have just told me.

"You have a great day now".

I already did, pumpkin.
Posted by Hoarse Whisperer at 10:03 AM 1 comment: