With summer almost on us, this is a repost of a post originally published on Crossroads back in June 2007. 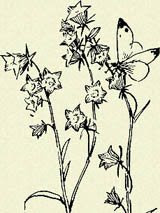 Posted by Hoarse Whisperer at 7:30 AM No comments: