Watership Down (A brief book review) 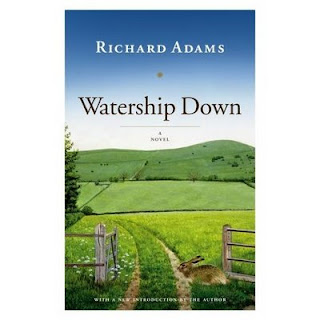 I started reading Watership Down on the flight over to London from Boston and completed reading it in India. This was an engrossing enough read!

I originally bought the book at Logan airport because the book promised vivid descriptions of the English countryside and I was feeling a bit mellow. It didn't let me...down. It is about a bunch of rabbits that talk like humans and are attempting to find their own "land" in the English countryside. Various characters that you would see in a story like Toy Story can be found here: the calm, leader type, the nervous, brooding type, the spiritual type, the belligerent, muscular type, the comic relief type, etc.

But, by themselves, the rabbits would not have made as much an impact as they did had it not for the color, depth, sounds and smells woven into the story by Richard Adams' vivid description of the English countryside. The only other time I have come across a similar type of prose to describe a land was in Barry Lopez's Arctic Dreams (which is the best non-fiction work I have read). Toward the end of the book, I occasionally forgot I was reading about a bunch of rabbits because Adams ratchets up the tension so well that I was somewhat drawn into the conflict myself.

This book will be liked by children (I don't know; 8 - 12 yo perhaps but only if articulated properly) and adults alike.
Posted by Hoarse Whisperer at 12:07 PM No comments: