For 8 years or so, I used a PC at home. Nothing wrong with that. I played Prince of Persia -- both the original DOS version and the outstanding 3D version from 1999 -- and Microsoft Flight Simulator on it. I edited photos from the weddings I covered and burned CDs of them. I also recorded streaming music directly off the sound card a lot. Creative's sound card on that PC came with a piece of software called...Creative Recorder. How original. Creative Recorder allowed me to capture CD quality sound right off the sound card. And life was good. Kane seemed fine. We were all having dinner and...it must have laid some sort of egg in his body...

No, wait, what am I saying?! That's dialogue from Alien. 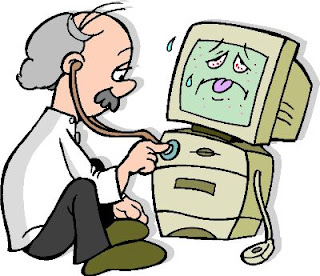 "Put me out of this misery, doc. Give me one of those yoghurts that chicks dig into after yoga."

Anyway, early this year, I decided to upgrade my computer since I was getting into serious RAW file editing and the newest versions of Prince of Persia and MS Flight Simulator were almighty slow. Occasionally the Prince would freeze during combat like a Bollywood "action hero" with a synchronized lower jaw and groin cramp. Not good. Besides which the PC started acting up and sometimes wouldn't turn on when I hit the power button. I would even nudge it with an elbow: "Pssst. Wake up." It would just sit there listless like a Gaulish cockerel with adenoids. So before I dropped an anvil on it and earn the wrath of all the tenants in 3R, 2R and 1R below me, I decided to buy a new laptop: 3 GB of RAM, a graphics card with 256 MB dedicated video memory, Vista Home Premium, etc. Everything was great until I realized that there was no way to record sound directly off the sound card in the new laptop. How was I going to rip off my favorite music from YouTube or Ragaa? I tried a variety of software that claimed to record audio directly from the sound card. None of them worked as well as the barebones Creative Recorder. I was desperate. My life was in tat-tat-tatters. Then I discovered Audacity. Suddenly the clouds parted and the sun came out. Little birds with flowers in their tiny beaks circled me a-chirpin' and red squirrels started nibbling at my ears. I was...oh so happy! 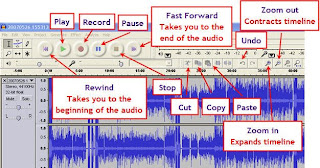 Audacity: A turning point in my life!

I had actually started to develop my own recorder software on the laptop using C# and DirectX but then, while troubleshooting an unrelated Vista issue on the web, happened to run across a forum poster who mentioned Audacity. So I thought I would give it a try. And I am glad I did 'cause, trust me, attempting to program DirectX was a chore. Anyway, Audacity is so easy to use. You open it, click record, then click stop and finally export the captured audio to a choice of formats including MP3. Done! You can trim off unwanted portions by selecting/dragging the unwanted region with your mouse. Audacity even captures audio smoothly while I have other applications open and active. I suspect that this is only possible because my laptop has a multicore processor. I haven't used some of the more advanced features the product has. I don't need them. The software is available for free under the GNU license!

Now I can look forward to a summer of new music!

Posted by Hoarse Whisperer at 6:03 AM No comments: